When Is the Best Time to Have a Baby Shower? 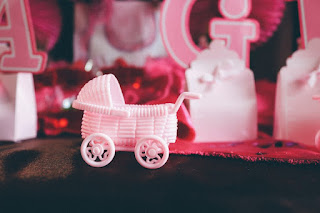 Having a baby shower is always a highlight of a woman’s pregnancy, especially if this is her first child. They’re a lot of fun to plan and attend, but one of the most common questions is about the best time to have one.

Although baby showers can be held at any time, they are often held early in the third trimester (around 32 weeks). This is because the mother is now out of the riskiest part of her pregnancy. Also, the sex of the baby is typically discovered at this point, which will influence her registry decisions. At the same time, she’s not so far progressed for there to be a possibility that she may go into labor.

Of course, there are various reasons that could warrant having a baby shower much earlier. Multiple pregnancies such as twins are more likely to be delivered earlier than the due date, so the mother may wish to have the shower earlier to ensure she will not miss it. Religious beliefs can also play a role – for example, some Jewish couples consider it taboo to obtain any baby-related items before the delivery, such as personalized nursery décor. Lastly, if family members are spread apart geographically, the baby shower may simply be held at a time and location that makes it most accessible for others to attend.

The time of the baby shower is ultimately the mother’s decision – however, they generally should not be held before the fetus is 20 weeks old.

When do you think is the right time to have a baby shower?
Posted by Purple Pumpkin Gifts at 1:14 PM No comments:

Welcome to the official blog of Purple Pumpkin Gifts! Based in Huntingdon Valley, Pennsylvania, we’re an online children’s boutique providing adorable and affordable personalized home décor and gifts for your child’s room or baby’s nursery. Our selection includes newborn gift packages, nursery décor, personalized toys and birth announcements. We also offer customization of the colors or artwork of our products whenever possible. If you’re seeking personalized baby shower gifts, we're your one-stop shop!

In this blog, we’ll be posting fun gift and baby shower ideas, product highlights, nursery décor ideas and more. Whether you or someone close to you is expecting a baby, we want to help you prepare and take part in the excitement! We know that there is nothing more delightful to a new mom than decorating the nursery. We’ll be updating regularly, so be sure to check back with us often.

At Purple Pumpkin Gifts, we value our customers and their satisfaction; so feel free to contact us here with any questions or comments, and someone will be glad to assist you. Our hours of operation are Monday – Friday from 10 a.m. to 5:30 p.m., and Saturday until 4:00 p.m.


Posted by Purple Pumpkin Gifts at 1:07 PM No comments: